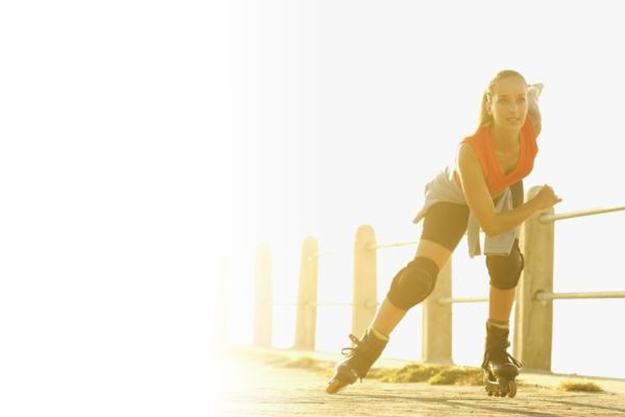 Have you made these beginner inline skating mistakes?

Everyone was a beginner at something one time or another, and although the learning curve can be steep for some sports, inline skating is an easy activity to pick up and excel at. Just make sure you don’t make these beginner mistakes and you’ll be on a roll.

Have you made these beginner inline skating mistakes:

Inline skates are meant to fit you perfectly, so don’t buy a half size too small (they’ll be too tight and hurt your feet) or a half size too big (your foot might slip around). If you aren’t sure what size of inline skates to pick up, ask at your local sporting goods shop.

Big wheels and boots that are too low cut to support your ankles – those types of skates are reserved for speed skaters and skaters who want to hit the marathon routes. Find a pair of beginner inline skates and you’ll progress quickly.

When you pick up your new inline skates, make sure you bring pads and a helmet with you to the register. You might have seen people gliding along without pads, but what you don’t see is them falling and possibly breaking a bone or getting nasty road rash.

Braking is one of the first skills you should learn when you’re inline skating. Being able to slow down when you’ve sped up too fast or hit a hill will save you from eating pavement, and that’s a good thing when you want to get up on your skates again the next day.

Inline skating is so much fun, who wouldn’t want to spend a few hours on them? But when you’re first starting out, do yourself a favor and build up to the big skates. Try 1/2 hour every day and build up to an hour, then hit the road for an even longer skate when you’re feeling stronger.

Avoiding these common rookie mistakes when picking up inline skating will help you make sure you’re rolling for the long haul.

The original article from: www.rollingonline.com

How to stop on rollerskates?

How to lubricate rollerblade wheels?

How long does it take to rollerskate one mile?

How to adjust roller skate size?